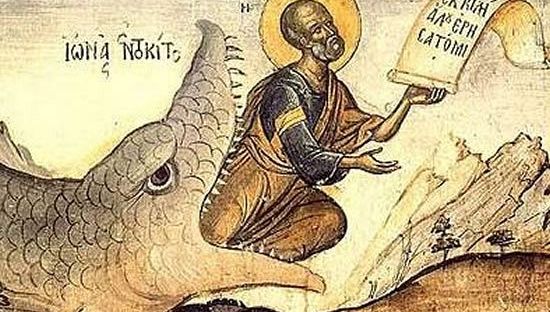 Jonah began to go into the city, going a day’s journey. And he called out, “Yet forty days, and Nineveh shall be overthrown!”  And the people of Nineveh believed God. They called for a fast and put on sackcloth, from the greatest of them to the least of them. – Jonah 3:4-5

One of the most profound understandings we can gain from scripture about God’s character, is that God doesn’t care about man’s opinion in regards to what He has spoken. He has shown us over and over again that His ways are not our ways. The reality is God desires mercy but man desires revenge. God longs to save the lost and man desires to save face.

That is never more evident than in the account of Jonah. As you read the scripture above, I am sure you noticed that Jonah was sent to the people to deliver a warning. A not so encouraging message, that certainly wan’t meant to build up their self esteem, but instead overthrow their self deception of their own condition. Yet in spite of such a seemingly harsh message, came a Word so rooted in mercy.

You see, the harshness and revenge would have been in not delivering the difficult message. The very thing Jonah didn’t want to do, because he feared that these sinful people would repent at the message. It’s the desire that Satan plants within your mind to keep quiet so that you can save face. The desire to please self, rather than please God. The desire for God to forgive you when you have wronged Him, but not others. It’s the desire to not speak truth about one’s condition in hopes that they DO get the judgement we feel they deserve. In spite of Jonah’s flesh, God’s Spirit prevailed and in the end, mercy triumphed over judgement.

And he issued a proclamation and published through Nineveh, “By the decree of the king and his nobles: Let neither man nor beast, herd nor flock, taste anything. Let them not feed or drink water, but let man and beast be covered with sackcloth, and let them call out mightily to God. Let everyone turn from his evil way and from the violence that is in his hands.  Who knows? God may turn and relent and turn from his fierce anger, so that we may not perish.” When God saw what they did, how they turned from their evil way, God relented of the disaster that he had said he would do to them, and he did not do it.- Jonah 3:7-10

You see, delivered in that warning and rebuke was not just a warning of judgement, but a way to mercy. Take a minute and look up the Hebrew transliteration for the words “Nineveh shall be overthrown” and see what you discover from the LORD today. Pay close to attention to the actual meanings. I think you will be moved at the desire of our God in every warning that He sends…….

I am first and foremost a servant of Jesus Christ, spending my days sitting at His feet and loving every moment that He chooses to reveal a little more of Himself to me. Secondly I am a wife, biological and adoptive mother to our 4 amazing kids, mother in law and a women's ministry leader and teacher. I am grateful for every opportunity the LORD gives me to plant and to water the seeds that He is scattering among the soil and my hearts fervent prayer is that many of those seeds take root deeply and spring up into an abundant harvest for His glory. View all posts by seedsamongthesoil